Forget about waking up when September ends, a bunch of us are climbing out of bed extra early this week! It's back to school season so parents and kids across the UK are rejoicing (or grimacing) at the start of the new term. From creating new playlists for Lucky Voice karaoke parties to being on call for pick ups and drop offs, we know you've been trying to keep your children busy and entertained over the past 6 weeks. Now the kids are temporarily gone, no doubt you're looking forward to revisiting a few of your favourite things... so we came up with a list of things parents can do again now the summer holidays are over! 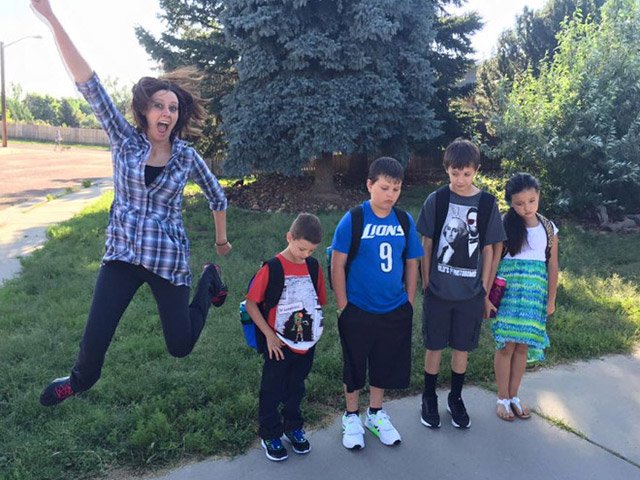 1. You're no longer planning daily schedules (well, until October half-term)

During the summer holidays, there's a new CEO in town and you're the new personal assistant. It's one thing to plan after school and weekend activities, but it's another thing to organise a daily schedule for your children every day for 6 weeks. Whether it's juggling babysitting duties or working out where the next kids party is located, look forward to less last-minute phone calls and requests to grandparents for emergency favours over the coming weeks.

2. You're spending an hour less at the supermarket

Shopping should be classed as an Olympic sport during the summer holidays. The stationary checklist is ever growing, your local supermarket doesn't stock the special kind of calculator the school has requested and you're already preparing yourself to replace the 12 pack of school socks and sports socks by Christmas.

Sound familiar? When the kids' voices are hoarse from karaoke, TV is often the next solution for rainy days. Annoyingly, they're nifty with technology so within the first hour of the holidays, you no longer have a seat on the sofa, your favourite programmes have been deleted and there's a suspicious amount of crumbs stuck in the remote. Hasta la vista, babies. You have full control again!

4. Your ears are thankful for less stomping around the house

We already know that kids can make a crazy amount of noise by themselves, but when you include their group of friends into the mix - it's another thing altogether. From repeatedly running up and down the stairs to chasing each other through hallways, their wild imaginations are a thing of nightmares. Now it's the playground's turn to be on the receiving end of their ear-splitting cheers!

5. You have less laundry to do

School uniforms are great, especially when it comes to laundry. The mornings are going to be an absolute breeze in September after being subjected to a 6 week course as a fashion stylist. From cries of "I don't want to wear that outfit" to wails about finding their favourite sweater in the wash, the new school term couldn't come sooner.

6. You have more fridge and freezer space

Though we weren't exactly blessed with a summer of hot blazing weather, there certainly wasn't a shortage of frozen treats and cake mixes in the house. Turns out singing and dancing to Disney films burn an extraordinary amount of calories and apparently, the only thing that helps are snacks.

7. You have company in the morning again

Granted, none of us can string a proper sentence together before breakfast, but it's nice to hear another shuffle in the kitchen and one less snore in the morning now we're all waking up before 7am (or 8am, 8:07am, 8:13am...)

8. You're not putting up with as many daily complaints

From complaining about the quality of the wifi to questioning why there isn't anything tasty in the fridge, there's going to be a bit more peace and quiet throughout the day. Heck, you might even be able to finish an entire mug of tea or can treat yourself to an extra slice of toast!

9. You'll miss the kids as soon as they're back at school

After all, absence makes the heart grow stronger. There may have been a collective sigh of relief from parents throughout the country - but with it comes a slight tinge in our hearts for the strange silence that now accompanies you in the house. Suddenly, you find yourself preparing their favourite dinners, offering to pick them up at any opportunity and asking if they fancy hanging out at the weekend - which is often met by a furrowed brow and a scowl, but at least you tried...