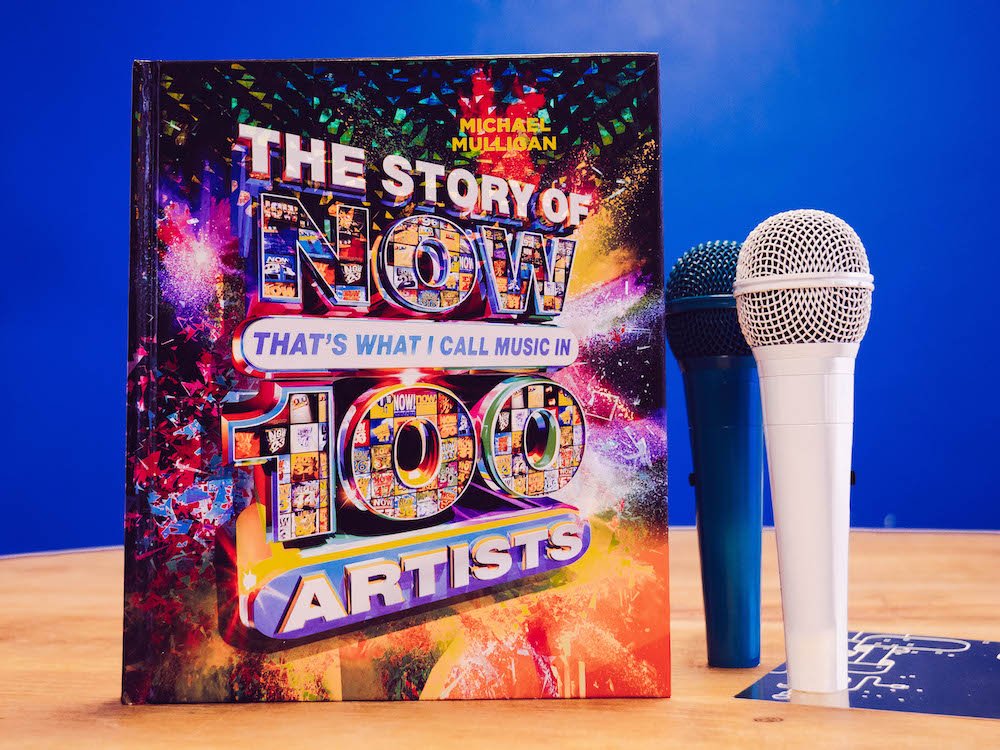 Who Did It Better: 10 Songs With Two UK Chart Appearances

To celebrate the release of his new book, The Story of NOW That's What I Call Music In 100 Artists, author Michael Mulligan walks us through 10 songs that have appeared on NOW twice (or more) by different artists.

Vs. Total Eclipse of the Heart – Nicki French (NOW 30)

Bonnie spent two weeks at No. 1 in March 1983 with the fifth of her seven Top 40 hits, while Nicki’s Dance version had a three-week run at No. 5 in February 1995, however it was the only NOW appearance for either singer.

Nicki had one more Top 40 hit in May 2000 with ‘Don’t Play That Song Again’, the UK entry to that year’s Eurovision Song Contest in Stockholm, where she finished sixteenth.

Did You Know: ‘Total Eclipse of the Heart’ was written by Jim Steinman, the man responsible for Meat Loaf’s 1993 chart topper ‘I’d Do Anything For Love (But I Won’t Do That)’.

Originally known as Two Tons Of Fun, singers Martha Wash and Izora Rhodes had been backing Disco legend Sylvester - remember ‘You Make Me Feel (Mighty Real)’? – before they had their only Top 40 with the original version of ‘It’s Raining Men’, which reached number 2 in March 1984.

Geri Halliwell already had nine No. 1s with the Spice Girls, and three solo chart toppers when she recorded her version of ‘It’s Raining Men’ for the film Bridget Jones’s Diary. Her version spent two weeks at the top in May 2001, the only one of her four solo No. 1s to hold onto pole position for more than a week.

Did You Know: Songwriters Paul Jabara and Paul Shaffer offered ‘It’s Raining Men’ to Diana Ross, Cher, Donna Summer and Barbra Streisand, all of whom turned it down before The Weather Girls recording went on to sell over six million copies.

The theme form the 1984 Eddie Murphy film Beverly Hills Cop provided German composer Harold Faltermeyer with his only Top 40 hit, though he would go on to play on or produce hits for Billy Idol, Donna Summer and Pet Shop Boys.

Harold’s original version stalled at No. 2 – kept off the top spot by Sister Sledge with ‘Frankie’ – but everybody’s favourite musical amphibian went one better and spent four weeks at number 1 in June 2005.

Did You Know: Crazy Frog was originally known as The Annoying Thing. No doubt Coldplay agreed with that – they were still awaiting their first No. 1 single when ‘Speed of Sound’ had to settle for No. 2 behind ‘Axel F’. They would eventually get their first chart topper in June 2008 with ‘Viva La Vida’.

4) When The Going Gets Tough, The Tough Get Going – Billy Ocean (NOW 7)

Vs. When The Going Gets Tough, The Tough Get Going – Boyzone (NOW 42)

Another theme song, this time from the 1985 film The Jewel of the Nile. Billy Ocean made his chart debut in 1976 when ‘Love Really Hurts Without You’ stalled at No. 2, kept off the top spot by Brotherhood of Man with ‘Save Your Kisses For Me’, and had two wait almost ten years for this to be his only No. 1.

Boyzone also made No. 2 with their chart debut but went on to rack up six No. 1 singles. Their version of ‘When The Going Gets Tough…’ was the Comic Relief single for 1999, and spent two weeks at the top helped by a video that featured that featured Graham Norton, Harry Hill and the cast of Emmerdale.

Did You Know: Boyzone’s version spent three weeks at No. 1 before it was dethroned by ‘Blame It On The Weatherman’ by B*Witched, featuring Edele and Keavy Lynch, sisters of Boyzone’s Shane. The first time a group has replaced members of their own family at number one in the charts.

‘Walk This Way’ was the Top 40 debut for American Rap trio Run DMC. Their version of the 1975 single by Aerosmith featured singer Steve Tyler and guitarist Joe Perry from the US Rockers, and peaked at No. 8 in September 1986.

Before their version of ‘Walk This Way’ topped the chart Sugababes already had four No. 1 singles, while Girls Aloud had two. The official Comic Relief single of 2007, it spent one week at No. 1 before it was replaced by another fundraiser, ‘(I’m Gonna Be) 500 Miles’ by The Proclaimers with Brian Potter and Andy Pipkin.

Did You Know: In the Seventies Aerosmith had five Top 40 singles in the US but the collaboration with Run DMC was the very first of fourteen UK Top 40 hits, though the are yet to have a No. 1 – their biggest hit to date is the 1998 power ballad ‘I Don’t Want To Miss A Thing’, which reached No. 4 in 1998.

‘A Little Respect’ gave Synth-Pop duo Erasure their eighth Top 40 hit when it reached No. 4 in October 1988. It was also the third of an impressive thirteen appearances on NOW, a run that began with ‘Sometimes’ on Volume 9 and ended with their version of Peter Gabriel’s ‘Solsbury Hill’ on Volume 54.

New York Rock group Wheatus made their chart and NOW debut early in 2001 with the Iron Maiden referencing No. 2 ‘Teenage Dirtbag’. Their version of ‘A Little Respect’ peaked at No. 3 but the band managed just one more Top 40 hit and are still waiting on a third NOW appearance.

Did You Know: There have actually been three different versions of ‘A Little Respect’ on NOW. ABBA parody group Björn Again had their only Top 40 hit in 1992, when their version made No. 25 and appeared on Volume 23.

After twenty consecutive Top 40 hits Duran Duran’s 1990 single ‘Serious’ peaked at No. 48 so it must have been a relief that, after a gap of three years, ‘Ordinary World’ took them back into the Top 10, when it reached No. 6 in February 1993.

The second of four Top 40 hits for British Electronica duo Aurora, featuring Irish singer Naimee Coleman their 2000 cover version of ‘Ordinary World’ went one better than the Duran Duran original when it peaked at No. 5 in September that year.

Did You Know: Not to be confused with Norwegian singer Aurora, who had her only hit with a cover version of the Oasis song ‘Half The World Away’. It appeared on NOW Volume 92 and reached No. 11 in November 2015 after it featured in the John Lewis Christmas campaign.

One of two Top 40 solo hits for Eagles singer and drummer Don Henley, this 1985 No. 12 hit was co-written with Mike Campbell, guitarist for Tom Petty’s backing group The Heartbreakers. In the US the song reached No. 5 and won a Grammy Award for Best Male Rock Vocal Performance.

Once again the cover version did better in the chart than the original, when Spanish Trance artist DJ Sammy with vocals from Dutch singer Loona, reached No. 2 in March 2003, kept off the top spot by Christina Aguilera’s fourth No. 1 hit ‘Beautiful’.

Did You Know: DJ Sammy appeared on three consecutive editions of NOW, starting with his version of the Bryan Adams hit ‘Heaven’. Sammy’s version spent one week at No. 1 in November 2002, and featured German DJ Yanou and another Dutch singer Do, aka Dominique van Hulst.

Keane made their chart debut with the first of ten Top 40 hits when ‘Somewhere Only We Know’ entered the chart at No. 3 in February 2004. No. 3 was as good as it got for the boys from Battle but they managed it one more time with their 2006 single ‘Is It Any Wonder’.

Lily Allen had already topped the chart with her 2006 debut ‘Smile’ and spent four weeks at No. 1 in 2009 with ‘The Fear’, when she recorded ‘Somewhere Only We Know’ for the 2013 John Lewis Christmas campaign. It all helped NOW 86 become the best-selling album of 2013 with sales of 1.1 million.

Did You Know: Although Keane never had a No. 1 single don’t feel too sorry for them. They recorded five studio albums and all five topped the album chart, spending a total of eleven weeks at the summit.

‘Cannonball’ was the second solo single for Irish singer Damien Rice, and first made the charts in 2003, when it peaked at No. 32, only to return the following year when it managed a more respectable No. 19. But it was only when the 2011 X Factor finalists performed the song that it finally peaked at No. 9.

Little Mix went into the final show of Series 8 of The X Factor alongside Marcus Collins and Amelia Lily, but won through to have their first No. 1 single. However they couldn’t hold onto the top spot for the coveted Christmas No. 1 when ‘Wherever You Are’ by The Military Wives Choir pipped them at the post.

Did You Know: Little Mix have appeared on NOW more than any other X Factor contestant, with sixteen songs on the first 100 volumes including two on Volume 87 – ‘Word Up!’ and ‘Move’ – and two on Volume 97 – ‘Power (Remix)’ featuring Stormzy and ‘No More Sad Songs’ featuring Machine Gun Kelly.

One-Hit Wonders: 20 Artists Who Only Ever Had One UK No. 1

Queen B: 20 Rare Facts About Beyonce